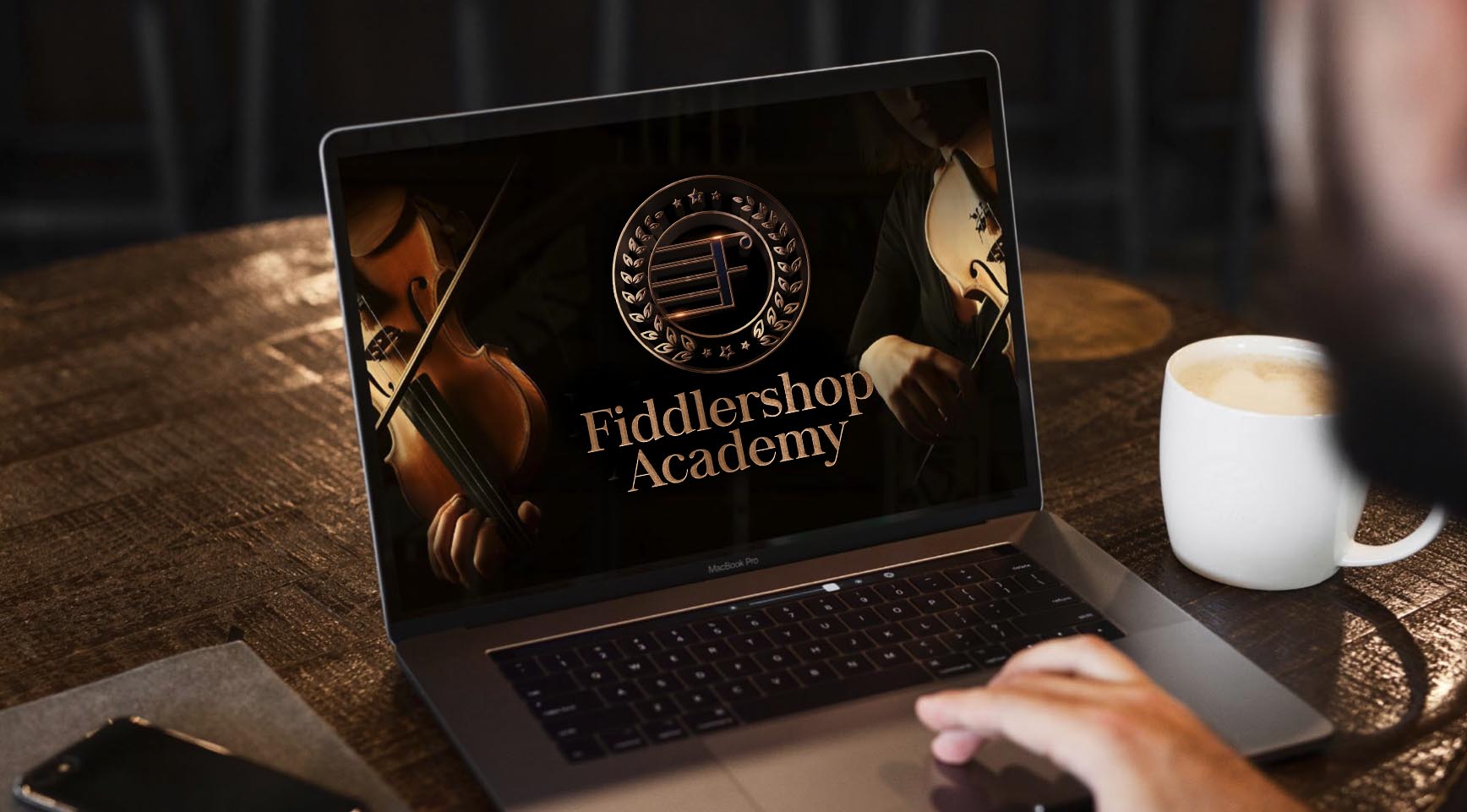 A few Words About Us

Pierre Holstein and Michael O’Gieblyn have been playing violin for a long time (just trust us, also….math). We believe that everyone can love playing the violin, and we want to help you experience the same joy it has brought us.

Through our work at Fiddlershop.com, we realized that purchasing a violin is only the beginning of our job to serve our customers. Learning how to play the violin in a fun, supportive, yet methodical way was still missing.

The Fiddlershop Academy was started to help you get started and guide you every step of the way.

We’ve seen a lot of violinists struggle to find a good local teacher, or get lost in the sea of random YouTube videos and buggy apps. What they need is helpful feedback from actual humans.

While the fundamentals and methods we teach have been passed down for generations, we believe in expressing them in dynamic and unforgettable ways.

We teach familiar tunes in a variety of styles from classical, folk, and modern genres. We mix in some traditional exercises and focus on building a solid foundation so that you can play whatever you want to play.

We’re proud to offer the largest free library of courses to get you started, but enrolling to become a premium member is when real progress happens.

Help from the experts

As a premium member you’ll get personalized video responses through the Masterclass Exchange, access more advanced lessons, and get the help you need when you feel stuck. 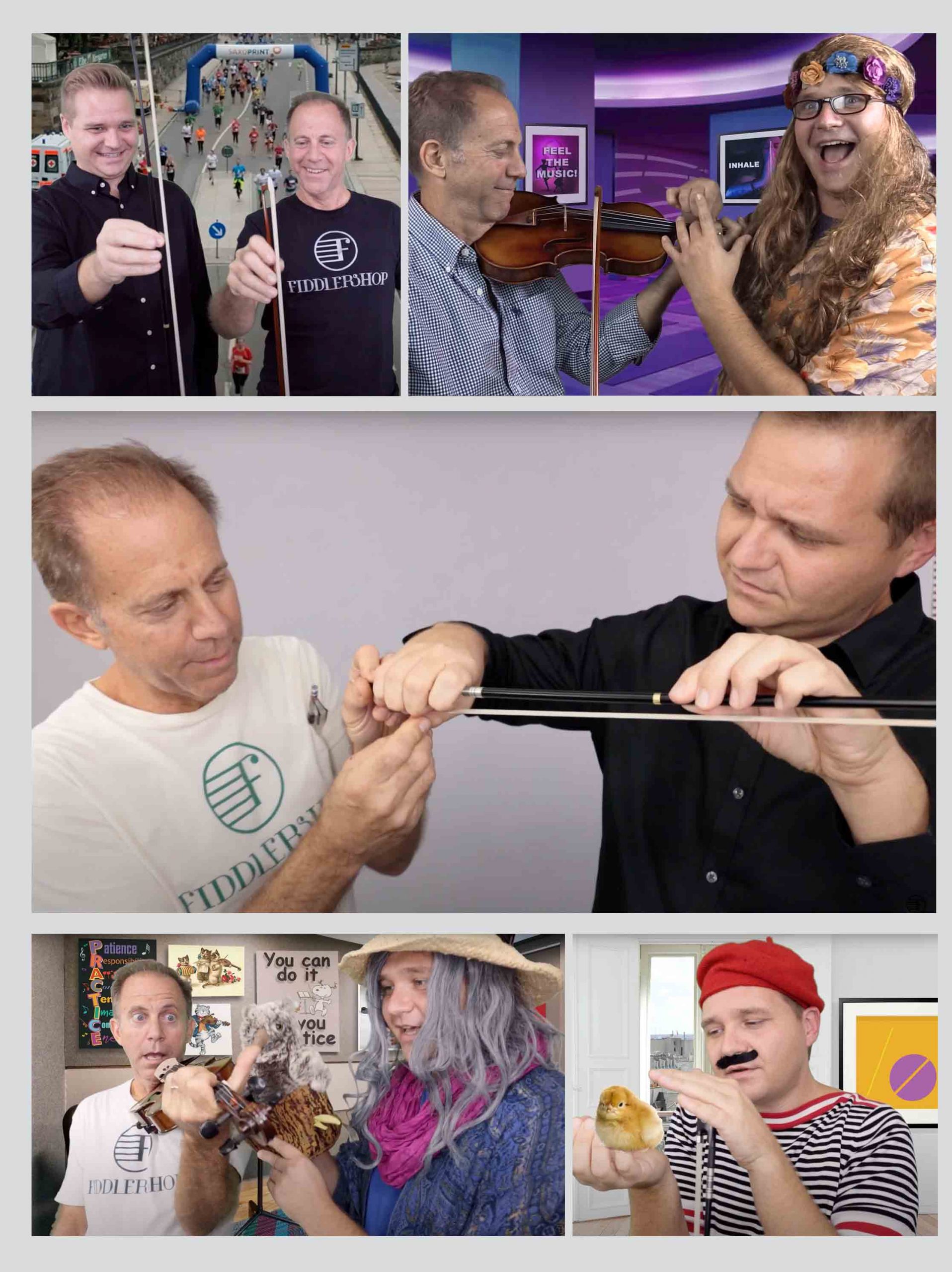 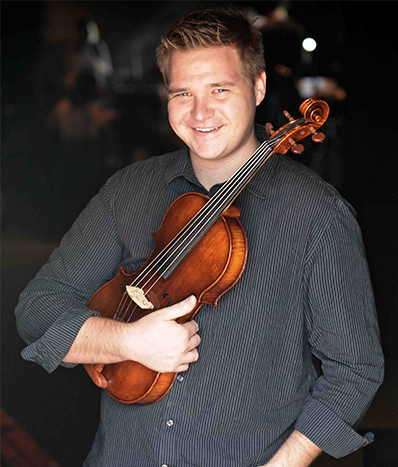 Michael O’Gieblyn is originally from Detroit, Michigan, and plays the violin professionally with Miami City Ballet, Florida Grand Opera, Boca Symphonia and Palm Beach Symphony. Before moving to South Florida, he was a member of the Memphis Symphony Orchestra, and performed regularly with the Nashville (TN), Louisville (KY), and Huntsville (AL) Orchestras.

Michael studied at Carnegie Mellon University with Cyrus Forough, and also received a Masters of Music degree in violin performance from Belmont University as a student of Elisabeth Small. In the summers, Michael has been on the faculty of Belmont’s String Crossings Camp, and the Masterworks Festival.

While preparing for orchestral auditions, the lack of resources for violinists led Michael to create www.OrchestraExcerpts.com a resource which helps musicians learn audition excerpts and have a positive audition experience.  He is also the host of the PerService Podcast, and product/video specialist at Fiddlershop.com 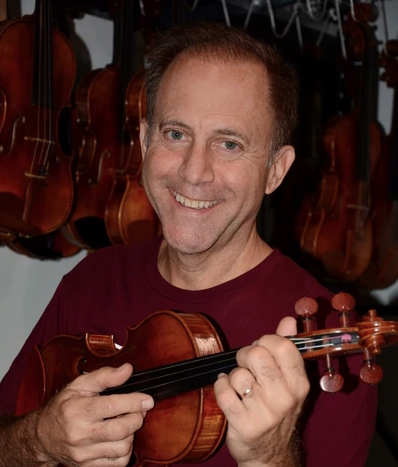 Pierre Holstein, aka Fiddlerman, has played the violin for over 40 years. He has performed professionally as a violinist for over 30 years in the United States, Europe, and Asia, holding positions as concert master and section leader in full-time symphony orchestras.

He has also coached many professional violinists, as well as beginner violinists and students. His goal is to provide all violinists, beginners and advanced, a friendly place to visit, learn, and improve.

Ready to pursue
your dream?

You can learn how to play the violin beautifully.
Let’s work together to make it happen.
Enroll Today
We use cookies on our website to give you the most relevant experience by remembering your progress in each course and repeat visits. By clicking “Accept”, you consent to the use of ALL the cookies.
Cookie settingsACCEPT
Manage consent

This website uses cookies to improve your experience while you navigate through the website. Out of these, the cookies that are categorized as necessary are stored on your browser as they are essential for the working of basic functionalities of the website. We also use third-party cookies that help us analyze and understand how you use this website. These cookies will be stored in your browser only with your consent. You also have the option to opt-out of these cookies. But opting out of some of these cookies may affect your browsing experience.
Necessary Always Enabled
Necessary cookies are absolutely essential for the website to function properly. These cookies ensure basic functionalities and security features of the website, anonymously.
Functional
Functional cookies help to perform certain functionalities like sharing the content of the website on social media platforms, collect feedbacks, and other third-party features.
Performance
Performance cookies are used to understand and analyze the key performance indexes of the website which helps in delivering a better user experience for the visitors.
Analytics
Analytical cookies are used to understand how visitors interact with the website. These cookies help provide information on metrics the number of visitors, bounce rate, traffic source, etc.
Advertisement
Advertisement cookies are used to provide visitors with relevant ads and marketing campaigns. These cookies track visitors across websites and collect information to provide customized ads.
Others
Other uncategorized cookies are those that are being analyzed and have not been classified into a category as yet.
SAVE & ACCEPT